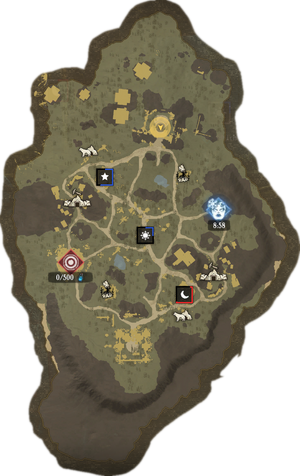 Outpost Rush is a 20 vs. 20 battle set in a primordial river basin filled with forgotten ancient technologies and hidden sources of Azoth. Players and their team will vie for control of strongholds and strategic resources, requiring combat prowess and collective wits to win.

Outpost Rush can be done solo or with a party of up to five.

Currently there are three upgradeable outposts:

Each outpost has gates that can be upgraded, protection wards that can be made using resources, weapons such as repeater turrets and vats of oil, and command posts.

Offering Azoth to the Corrupted Portal in the area can grant a special bonus.

Community content is available under CC-BY-SA unless otherwise noted.
Advertisement